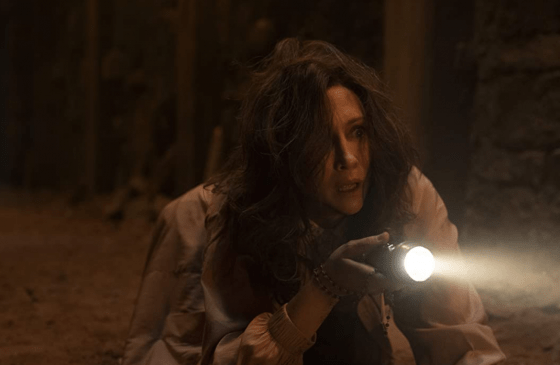 The Conjuring: The Devil Made Me Do It was considered by many box office analysts as the underdog going up against A Quiet Place Part 2 in its second week but it managed to pull off the upset and take the top spot over this past weekend.

The Conjuring: The Devil Made Me Do It took in $24 million for the weekend domestically and another $33.8 million internationally for a global total so far of $57.8 million.  Its opening put it between The Curse of La Llorona and Annabelle Comes Home for domestic opening weekends and pretty far off from either of the previous proper Conjuring entries, with The Conjuring 2 making $40.4 million its opening weekend.  Shockingly, The Nun is the highest opening entry in the franchise with $53.8 million back in 2018.  It’s not clear what impact the HBO Max release of The Devil Made Me Do It had, as we never get numbers from WarnerMedia about home viewings for any of these hybrid releases.

A Quiet Place Part 2 dropped 59% from last weekend and took in another $19.3 million.  It already has over $88 million domestic and over $123 million worldwide, making it the ninth highest-grossing film worldwide of 2021.

Cruella dropped 49% from last weekend and took third place with $11 million.  It has $43.4 million domestic for two weeks out and $86.8 million worldwide.  Disney is apparently happy with the results of both the theatrical run so far and it’s Disney+ Premier Access release to already greenlight a sequel to the movie.

As of right now, Raya and The Last Dragon, despite now being free for all Disney+ subscribers, appears to have taken fifth place at the box office over Wrath of Man but they are separated by only about $20,000, so they could swap.  Raya has $1.28 million while Wrath of Man has $1.26 million.

Further down the list, the Mormon-focused Witnesses snuck onto the top 10 at tenth place with $155,000 in 84 theaters.

The Conjuring: The Devil Made Me Do It also took the Per Theater average with $7,740 in each of the 3,102 theaters it played in over the weekend.