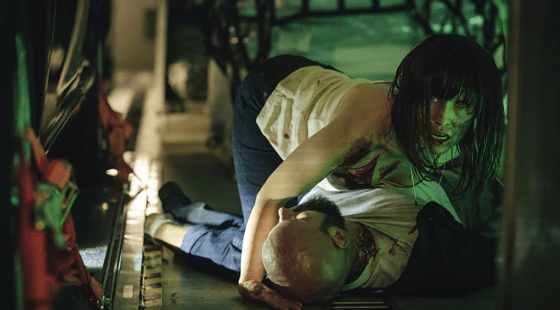 Netflix is putting a new spin on the hijacked plane action formula by making a vampire mother the hero in Blood Red Sky.  Peri Baumeister stars as Nadja (a nod to our beloved FX vampire queen maybe?) who is on a flight with her young son.  When the plane is hijacked by terrorists, led by Legends of Tomorrow’s Dominic Purcell, Nadja is forced to reveal her secret that she’s tried to keep hidden in order to protect her son; she’s a vampire.  Graham McTavish and Roland Moller co-star and the movie is directed by Peter Thorwarth, who has directed a number of films in his native Germany.  It kind of feels there was a mix-up and this should have got sent over to Shudder because it feels more like the fun genre stuff they’re doing over there for their original movies but either way it will be out on Netflix on July 23rd and you can check out the trailer below.