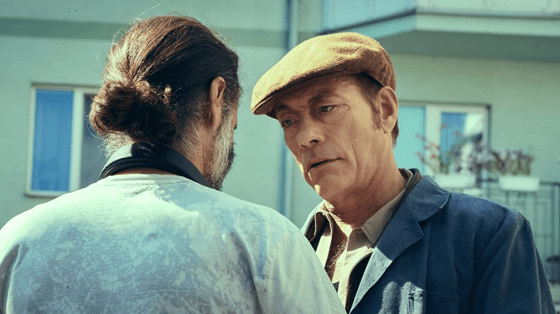 Every day here at Everything Action we mourn the loss of Jean-Claude Van Johnson, Jean-Claude Van Damme’s hilarious Amazon series that was cut down after only 1 wonderful season.  It seems like we might be getting a bit of that old magic back in July on Netflix with the new JCVD movie, The Last Mercenary.  JCVD stars as a mysterious and legendary secret agent codenamed Mist.  He reappears after 25 years when his son has his identity stolen by a dangerous terrorist, who is using the identity to make a massive arms deal that threatens all of France.  Father and son have to team up to stop the terrorists and maybe bond and get to know each other as well.  It looks like there will be some genuinely cool action going on but it also looks like it has some of the wonderful wackiness of Jean-Claude Van Johnson, like Van Damme’s many disguises, the emphasis on dancing, and just lots of humor sprinkled throughout.  The movie is directed by David Charhon, who also wrote and produced the movie and has a number of movies under his belt in his native France.  The Last Mercenary is out on July 30th and you can check out the trailer below.