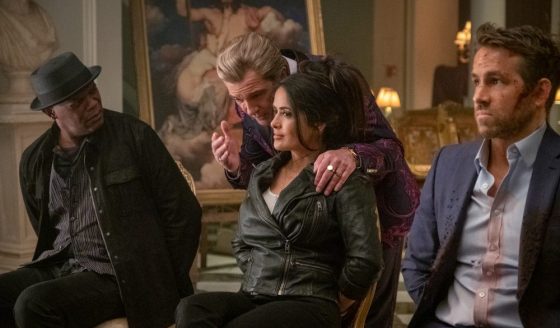 As we gear up for the potentially gigantic opening of F9 this coming weekend, this past weekend didn’t have that much happening at the box office, resulting in an easy win for The Hitman’s Wife’s Bodyguard.

A Quiet Place Part 2 dropped to second with another $9 million.  It has just shy of $125 million domestic so far and just under $191 million worldwide and it’s currently the sixth biggest movie worldwide for 2021 between Chinese films A Little Red Flower and Cliff Walkers.

Peter Rabbit 2 took third place with $6 million and it has $20 million domestic so far for two weeks out.  It’s much bigger worldwide with $70.5 million outside the domestic box office for a worldwide total of $90.8 million worldwide.

The Conjuring: The Devil Made Me Do It and Cruella rounded out the top 5 with $5 million and $4.8 million respectively.

In The Heights suffered a massive loss from last week’s already disappointing 2nd place opening, dropping 63% to sixth place with $4.2 million, bringing it $19.7 million for two weeks out.  There was some hopes it might have a Greatest Showmanesque style consistency and leg out a decent domestic box office but those hopes seemed dashed now as most people who were going to see it either decided to watch it on HBO Max at home or during the opening weekend and aren’t coming back again.

The Per Theater average went to The Hitman’s Wife’s Bodyguard, which made $3,422 in each of the 3,331 theaters it played in.