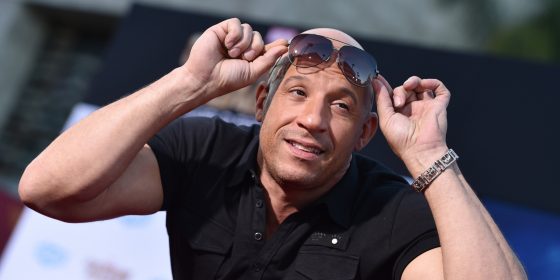 Although he plays Dominic Toretto as the ultimate badass in the Fast & Furious movies, in real life, Vin Diesel seems like kind of a goofy dork.  His love of Dungeons & Dragons is well known, as is his love of video games, and his social media accounts are full of him dancing and just being the complete opposite of the stoic Dom.  One of the most un-Dom-like things that Diesel has done recently is release a single called “Feel Like I Do” last year.  The song debuted on The Kelly Clarkson Show when Diesel was a remote guest and it subsequently debuted on streaming services and other platforms.  Diesel released a second single called “Days Are Gone” but he seems to just be dabbling in music currently, as there don’t seem to be any plans for a full-on album.  “Feel Like I Do” was produced by Norwegian DJ and producer Kygo and it has the sound and feel of most of the current electronic/dance songs out there.  There’s not an official music video but you can listen to the song below.