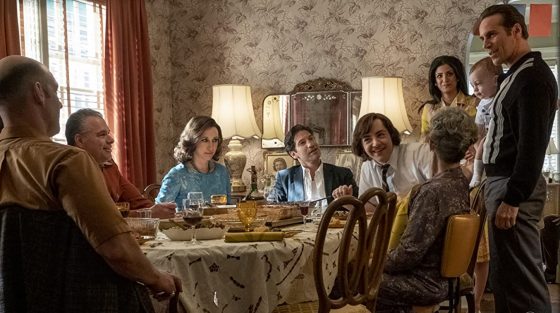 Almost 15 years since the final episode, The Sopranos is still considered one of the greatest TV shows of all time, and fans get to return to that world with the upcoming prequel movie, The Many Saints of Newark.  Starring the late James Gandolfini’s son Michael Gandolfini as the younger Tony Soprano growing up in the late 60s in Newark, NJ.  Although he apparently has the aptitude to do well in school, he begins to lean more toward a career in organized crime, pulled in by his uncle Dickie Moltinsanti (Alessandro Nivola).  The all-star cast also includes Jon Bernthal, Corey Stoll, Vera Farmiga, Leslie Odom Jr, Billy Magnussen, Ray Liotta, Joey Diaz, John Magaro, Michaela De Rossi, and Nick Vallelonga.  Sopranos creator David Chase returned to produce and co-write the script while Alan Taylor, director of Thor: The Dark World, and the Emmy Award-winning Sopranos episode “Kennedy and Heidi” is directing.  The movie will be in theaters and on HBO Max on October 1st and you can check out the trailer below.