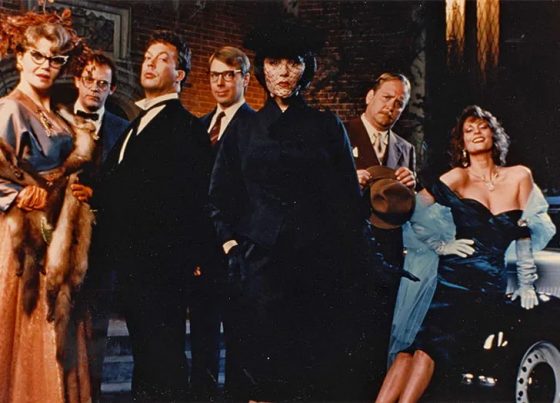 There haven’t been a ton of movies based on board games but one of the reasons is that everyone knows they would never be able to top Clue, one of the greatest comedies of all time.  Obviously, based on the classic detective board game, currently owned by Hasbro, Clue finds a murderer’s row (literally) of talented actors converging on the mansion of the mysterious Mr. Boddy.  Christopher Lloyd, Michael McKean, Martin Mull, Eileen Brennan, Madeline Kahn, and Lesley Anne Warren are the “guests” and suspects, who are led around and hosted by Wadsworth, played by Tim Curry in one of his greatest performances.  The movie is a non-stop blend of comedic styles ranging from puns to physical gags to out and out farce and it was famous for its theatrical release, where one of three endings could have been sent to the theater, encouraging fans to seek it out at different locations to try and see different endings, although given its weak performance at the box office, few people did.  When it came to home media, all three endings were included and played one after another.  You can watch the entire movie below thanks to YouTube.