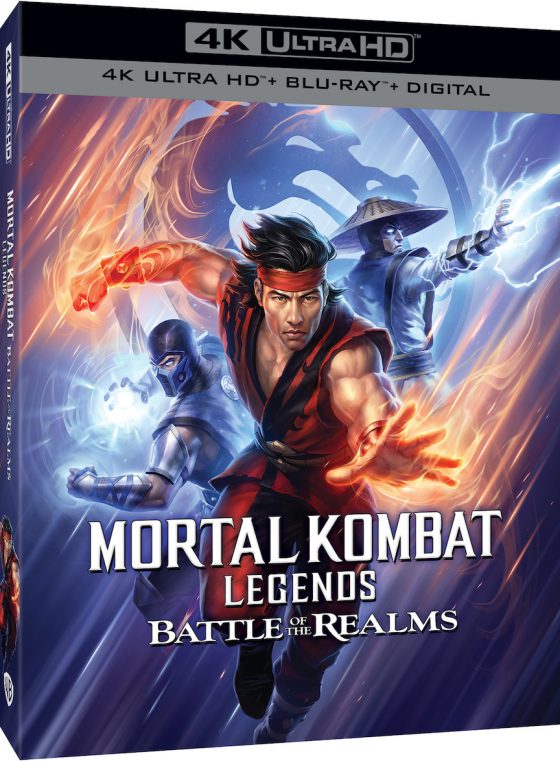 We were mostly fans of the new live-action Mortal Kombat movie that arrived earlier this year but if that didn’t quite give you the MK experience you were looking for, maybe the next animated chapter will.  Mortal Kombat Legends: Battle of the Realms is the sequel to the excellent Scorpion’s Revenge that finds Earthrealm under siege by the forces of Shao Khan.  As the Earthrealm warriors hold off his forces, Shao Khan proposes an offer, one final Mortal Kombat tournament that would decide the fate of every realm.  Raiden and the Earth warriors agree and the final tournament is on.  Liu Kang, Sonya Blade, Johnny Cage, Jax and Stryker are among the Earthrealm heroes while Shang Tsung, Jade, D’Vorah, and Kintaro are some of the fighters representing Outworld.  Scorpion and Sub-Zero’s bitter rivalry continues as well, as Sub-Zero’s brother Kuai Liang seeks vengeance for the death of his brother.  Pretty much all the voice cast returns for this new movie, including Joel McHale as Johnny Cage and Jennifer Carpenter as Sonya Blade with animation veterans like Fred Tatasciore, Matt Mercer, Grey Griffin, and Robin Atkin Downes.  The movie is out on August 31st and you can check out the Green Band trailer below and click through on the Red Band trailer to see it on YouTube.