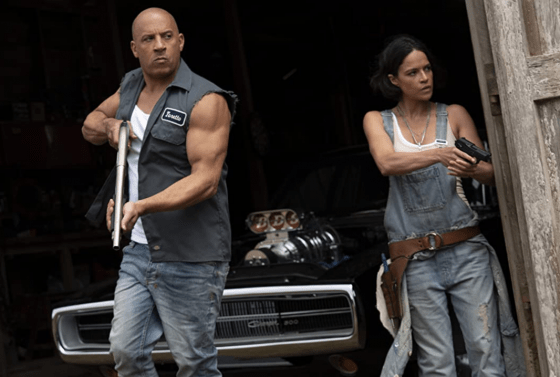 F9 dominated the holiday weekend but did have a pretty significant drop-off from last weekend’s big opening.

F9 took in another $22.9 million, bringing it to just shy of $116 million for two weeks out.  It did have a very steep 67% drop-off from last weekend’s opening when it made over $70 million and it’s possible that word of mouth may not be as solid as other entries in the franchise, which is one of the factors that analysts believe killed it’s run fairly quickly in China along with the bizarre blowback to comments made by co-star John Cena that the Chinese government was not fans of.  F9 is currently the second highest-grossing movie of 2021 domestically and the third highest-grossing worldwide with just over $490 million.

The Boss Baby: Family Business took second place with $16 million, which is far, far less than the first movie’s over $50 million opening weekend back in 2017.  There still is the pandemic factor with many theaters possibly still closed or operating at reduced capacity but the movie was also available on Peacock for “free” for paid users of that streaming service, so it’s possible that any families that may have gone out to theaters decided it was cheaper to just stay home and watch it on Peacock.  Like most of the other streaming services, there’s not really any indication of how well Boss Baby: Family Business did on Peacock or if it drove any new subscribers.

The Forever Purge opened to third place with $12.5 million.  The final entry in the Purge franchise was the lowest opening for the franchise, about $5 million below what the last entry, The First Purge, made in 2018.  The original The Purge is the highest opening entry for the franchise with just over $34 million in 2013.  With the top 3 movies, Universal is the first studio to take the top three slots at the box office since Sony accomplished that feat in 2005 with Hitch, Boogeyman, and Are We There Yet?.

The Hitman’s Wife’s Bodyguard and Cruella rounded out the top 5, with the latter passing $76 million domestic.