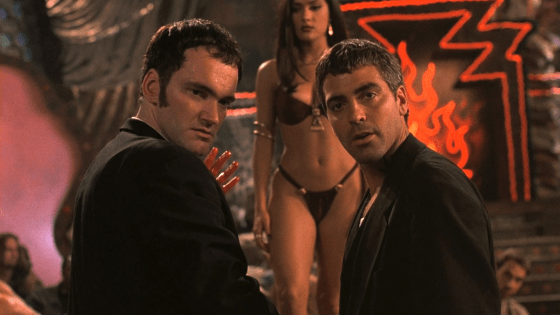 The Knight Rider theme song is so awesome, it was only a matter of time before it got sampled and reused, which is what Timbaland & Magoo did for their 1998 single, “Clock Strikes”, which featured rapper Mad Skillz.  “Clock Strikes” was the third single off the duo’s debut album Welcome to Our World and it reached #37 on the Billboard Hot 100, making it their second Top 40 hit.  It also reached #24 on the R&B/Hip-Hop singles chart.  In addition to sampling Knight Rider, the music video also has a pop culture connection as it takes a ton of inspiration from From Dusk Till Dawn, as Timbaland and Magoo are in a similar role to the Gecko Brothers, taking a family hostage in their RV and driving across the border.  The group ends up at a club with the main dancer inspired by Salma Hayek’s Santanico Pandemonium and, just like the movie, it turns out they’re all vampires.  Check out the video below.