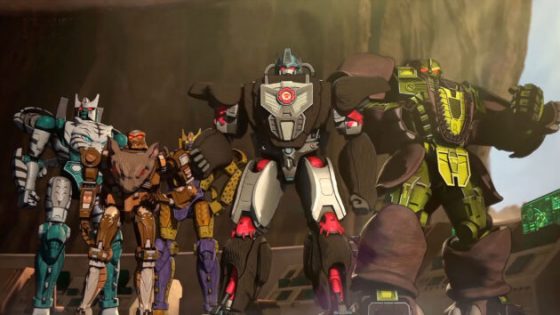 Beast Wars seems to finally be getting its due with the characters making their debut on the big screen next year in Transformers: Rise of the Beasts and, much sooner, they’ll be appearing on Netflix in the third and final chapter of Transformers: War for Cybertron, Kingdom.  Optimus Prime and the Autobots and Megatron and the Decepticons have battled each other on Cybertron and through space in a race to recover the All-Spark, which was sent through a space bridge.  Both factions arrive on Earth and discover their animal-based counterparts with the Maximals and Predacons and the battle continues for the fate of the universe.  It looks like we’ll see Optimus Primal, Rattrap, Cheetor, Tigatron, Rhinox, Airazor, Megatron, and Dinobot along with the G1 characters we’ve been following through the previous two chapters.  Speaking of G1, it looks like we’ll see Galvatron and Nemesis Prime as well.  It’s not clear who is voicing the Beast Wars characters but it probably won’t be anyone from the original 90s series, as the show is using non-union voice talent, which prevents familiar voices like Peter Cullen and Frank Welker from being heard and the voice cast is trying to emulate them but is somewhat distractingly not them.  Still, the action, plot and lore, and fan service in the previous chapter have been pretty great and hopefully, this chapter will end things on a suitably epic note.  Kingdom debuts with six episodes on July 29th on Netflix and you can check out the trailer below.