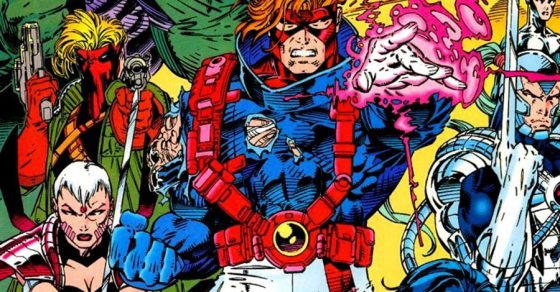 Two years after the series launched as one of the first titles from Image Comics, Jim Lee’s WildC.A.T.S came to TV with an animated series that only lasted 13 episodes on CBS.  Part of the “Action Zone” branding of Saturday morning cartoons that also included TMNT and Skeleton Warriors, WildC.A.T.S toned down some of the more mature and extreme aspects of the comic to make it more family-friendly but the original team of Kherubim warriors was featured, including Spartan, Grifter, Zealot, Warblade, Void, and Maul as they battled the evil Helspont and other villains.  David Wise, who previously worked on the Star Trek animated series, TMNT and Batman: The Animated Series developed the series and co-wrote some of the episodes.  The show was supported by a SNES game and a line of toys by Playmates and episodes also came out on VHS and an out of print complete series DVD.  You can watch the entire series on the Retro Rerun youtube channel and check out the first episode below.

Everything Action Theater: Masters of Horror