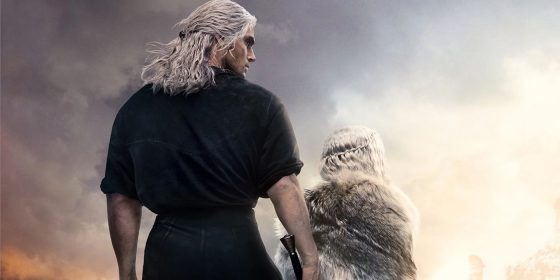 Revealed during today’s WitcherCon streaming event, we finally have our first look at the highly anticipated second season of The Witcher on Netflix.  Henry Cavill, Freya Allen, and Anya Chalotra return as Geralt, Ciri, and Yennefer with Geralt and Ciri, finally united at the end of the first season, heading to the Witcher home of Kaer Morhen, where Ciri begins training in combat.  Geralt and Ciri also learn more about the bond of Destiny that joins their fates and, since it’s The Witcher, battle nasty creatures and deal with the ongoing war on The Continent as well.  The second season will be 8 episodes and they arrive on Netflix on December 17th this year.

We also got the first look at The Witcher anime movie that will arrive much sooner in August.  The Witcher: Nightmare of the Wolf is a prequel to the main series and follows Geralt’s mentor Papa Vesemir, voiced by Kim Bodnia who will also play the character in live-action in the second season.  Nightmare of the Wolf will be available on August 23rd.