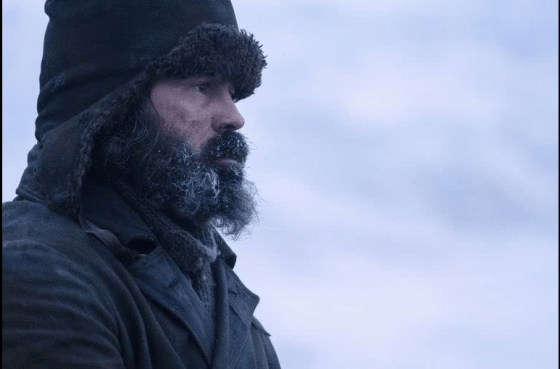 Colin Farrell heads to AMC+ for the upcoming drama series The North Water.  Looking similar to the first season of The Terror but without the supernatural horror elements, The North Water follows the crew of a whaling ship that heads deep into the northern waters of the Arctic Ocean in search of their quarry.  Farrell plays Henry Drax, a bloodthirsty harpooner who seems to have lost all sense of morality from his long years at sea killing whales while Jack O’Connell plays Patrick Sumner, a disgraced ex-Army surgeon who joins the crew as the ship’s doctor.  Stephen Graham co-stars as the ship’s captain, Brownlee.  It looks like a pretty brutal series as the crew has to deal with the harsh elements as well as each other and it will be a five-episode mini-series exclusively on AMC+, although there’s a chance it will arrive on regular AMC later, much like fellow AMC+ show Gangs of London.  The series begins on July 15th next week and you can check out the trailer below.