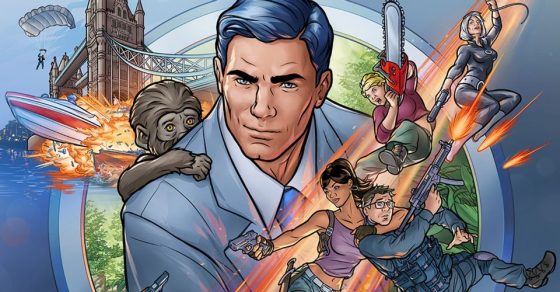 Archer is back for its 12th season on FXX and Hulu this August as Archer continues to adjust to the new normal after he awoke from his three-year coma and found Lana married to an older billionaire named Robert and Cyril was now the top spy at the Agency.  For Season 12, the gang finds themselves up against a new spy conglomerate called the International Intelligence Agency or IIA, which threatens to put them out of business for good.  This season will also be bittersweet as it will be one of the final performances from Jessica Walter, who passed away earlier this year.  She completed all her recordings for Season 12 but it’s not clear what the plan is moving forward or what will become of Mallory this season.  The show returns on August 25th and you can check out the trailer below.

The True Story of America is Revealed on Netflix with America: The Motion Picture (Trailer)

Up to Speed: Archer Season 11

Archer is on the Highway to Danger Island in April (Trailer)