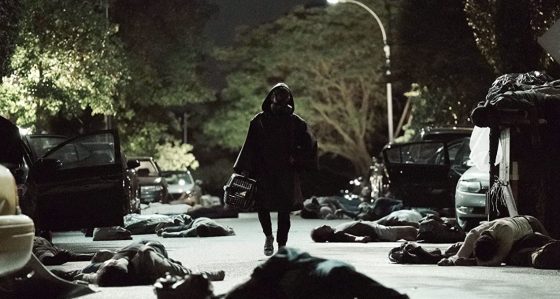 Originally going into development at FX in 2015, Brian K. Vaughn and Pia Guerra’s critically acclaimed comic book series Y: The Last Man is finally arriving next month on FX on Hulu.  The comic book (and now TV series) is set in a world where an unknown event causes every living thing with a Y (male) chromosome to die, sending the world into chaos.  As the women of the world try to rebuild in the post-apocalyptic world the results, one man, Yorick Brown, and his pet male monkey Ampersand are found to be the only males left on the planet, which makes an already complicated situation even more complicated and dangerous.  Ben Schnetzer stars as Yorick and Diane Lane, Ashley Romans, Diana Bang, Olivia Thirlby, Juliana Canfield, Marin Ireland, and Amber Tamblyn co-star.  Playwright Eliza Clark, who previously worked on the AMC series Rubicon as well as The Killing and Animal Kingdom, is showrunning the series and it will debut digitally on FX on Hulu on September 13th with the first two episodes.  You can check out the trailer below.