When thieves, mercenaries, maniacs, and killers are convicted and in jail, they are the perfect candidates to do missions no don’t have an escape plan. The Suicide Squad has been a long-running series that brought in DC Comic villains to take part in crazy missions that could give them a step towards pardoning their criminal past or result in their own death. Suicide Squad mixed in different tiers of villains, a few unknowns that would later move on to fight big league heroes, and always a few one-shot characters that only appear just to get killed off.  Comixology is offering a discount sale with up to 67% off eBooks and digital comics that runs until 8/9/2021. With the new James Gunn movie getting great reviews, now is the perfect time to stock up on more Suicide Squad stories. I have three recommendations to get more into the history of the Squad and where the series can go next. 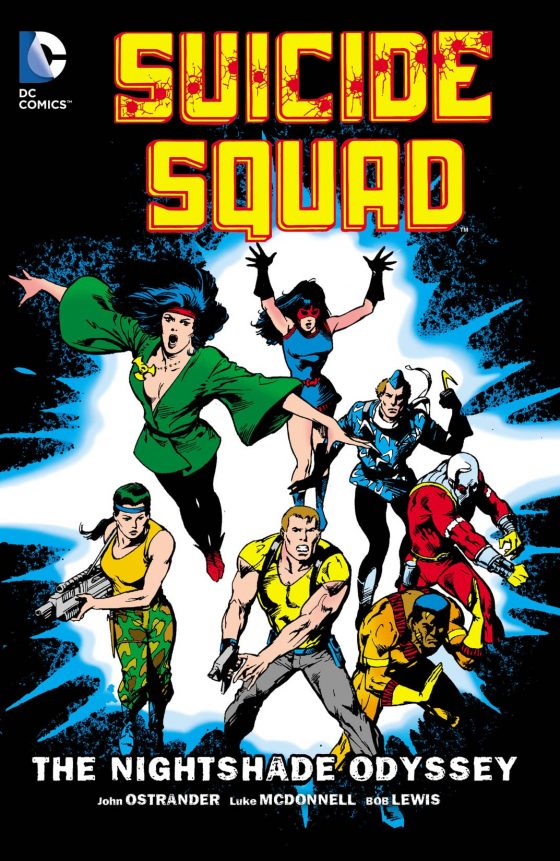 While the original Suicide Squad laid out the foundation of the series, the second volume of the series really gets the pieces in order. Rick Flag leads a deadly rogue gallery of villains that each came from distinct and fleshed-out backgrounds. In The Nightshade Odyssey arc, Task Force X is sent to the Justice League and the Doom Patrol catch on to Amanda Waller and Task for X, facing off to stop a Colombian drug cartel, things start to get out of hand. It’s not long until they attract the attention of the Doom Patrol and later the Justice League. This story arc also was a major influence on James Gunn’s take on the Suicide Squad. Rick Flag’s movie appearance matches his comic design and some major plot elements come from this arc. Link to the comic here. 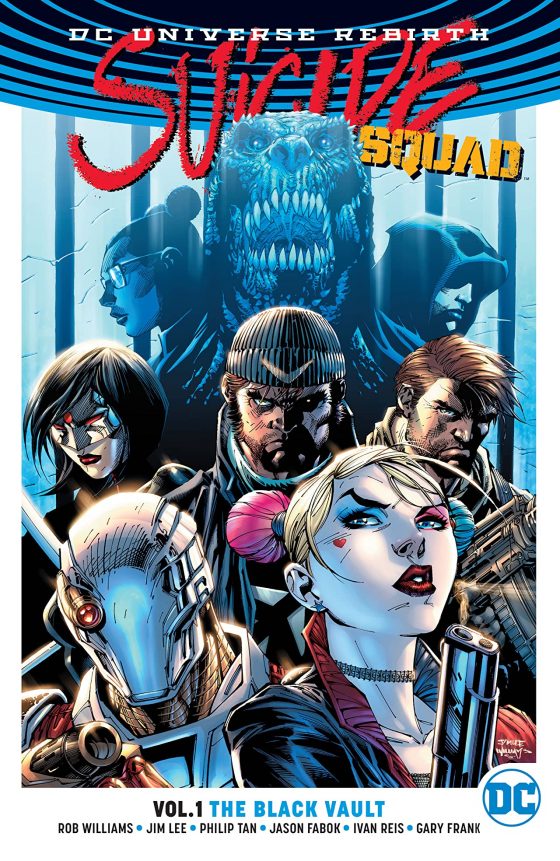 Written in the DC Rebirth universe, this modern take on the Suicide Squad features gritter villains that make it very clear they don’t want to be in Task Force X. Sent on a mission to recover a cosmic weapon called the Black Vault, the team gets infected by the weapon’s dark powers and tears itself apart. The only member leading the resistance is Harley Quinn. While the beginning parts of this arc gave a good amount of page time to reintroduce the Squad members, Harley Quinn practically takes the lead role by the end. This is a great recommendation for Harley fans, especially as she was moving toward her own unique direction that didn’t need much influence by the Joker. Link to the comic here. 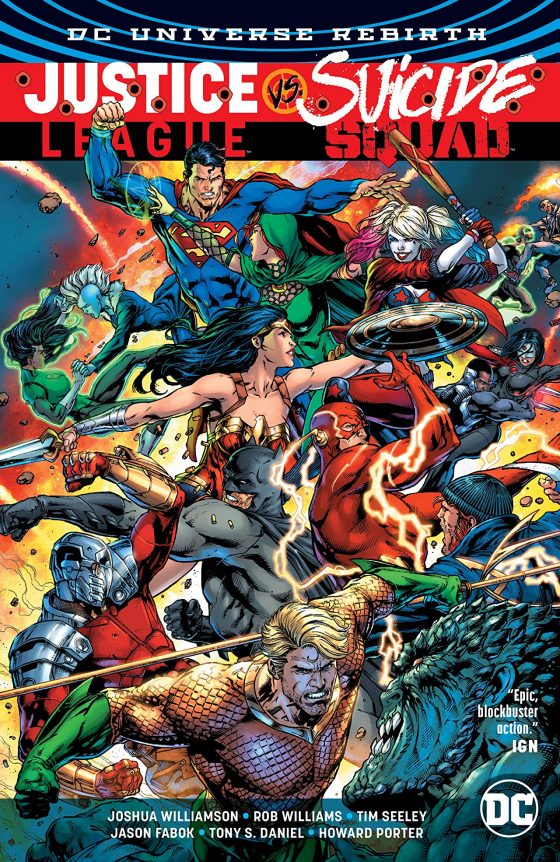 In the tradition of Suicide Squad clashing with the heroes, this collection of stories follows the tense battles between the heroes and the antiheroes. After Batman discoveres Amanda Waller’s secret project, the Justice League leaps into action to put a stop to the Squad’s latest mission. But when their freedom on the line and Waller gripping the detentation button, the Suicide Squad won’t give up without a brawl. Link to comic here.

If you want to read all these stories and more, visit Comixology to browser thru a massive selection of great comics. If you don’t have Comixology Unlimited, you can sign up for a free trial to get access to countless titles with their service. You can go directly to the Suicide Squad sale here.