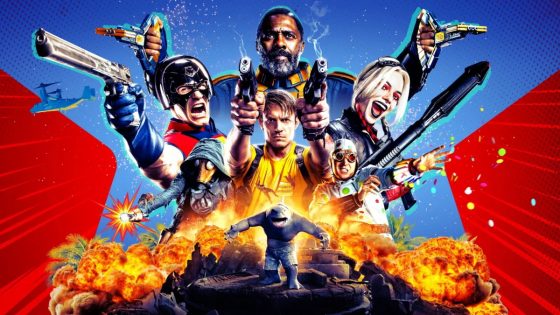 Although it earned rave critical and fan reception over the weekend, The Suicide Squad underperformed at the box office.

The Suicide Squad took in $26.5 million over the weekend, which is below the $30 million or so that was predicted going into the weekend.  There seems to be a trio of factors that contributed to the movie’s disappointing box office opening.  The first is renewed pandemic concerns with the Delta variant sweeping through certain areas of the country.  The second is the R rating, which would prevent anyone under 17 from seeing the movie without a parent and the third is the movie was available on HBO Max for “free” for most users day and date.  Given those factors, it’s kind of impossible to compare it directly to other DC movies but it was massively below what the previous Suicide Squad movie made in 2016 with a $133.7 million opening.  That movie had terrible reviews and fan response, so James Gunn’s movie is sort of the mirror version of that movie with low box office but high praise.  It was better than Wonder Woman 1984’s opening last December, which was also simultaneously on HBO Max, of $16.7 million but it was below Birds of Prey, which made $33 million last spring shortly before the true scope of the pandemic was known and everything across the country shut down.  The Suicide Squad has a worldwide total so far of $72.2 million.

Jungle Cruise took second place with $15.7 million, which was one of the few movies above predictions going into the weekend.  That’s about 55% off from last week’s opening and it has made $65.3 million so far domestic and just under $93 million worldwide.  Disney didn’t reveal any more Disney+ Premiere Access numbers to add to the $30 million Jungle Cruise apparently made on its opening weekend from the streaming platform.

Old dropped to third place with $4.1 million.  The movie has $65.1 million worldwide so far for three weeks out.

Black Widow and Stillwater rounded out the top 5, with Stillwater exceeding expectations like Jungle Cruise with another $2.8 million, bringing its domestic total to $9.9 million.  Black Widow has $350.8 million worldwide and is the 5th highest-grossing movie worldwide of 2021.

The Suicide Squad also took the Per Theater average for the weekend with $6,622 in each of the 4,002 theaters it played in.