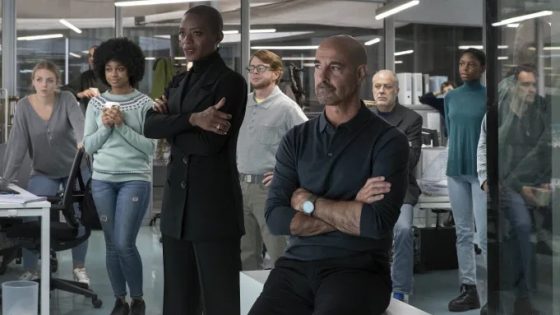 Stanley Tucci is heading to AMC+ (and regular AMC) sometime later this year for the new thriller La Fortuna.  A joint venture with Spanish company Movistar+, La Fortuna finds Tucci as Frank Wild, an adventurer who plunders the ocean depths for treasure.  When he finds a massive trove of gold that was from the Spanish ship La Fortuna, Wild finds himself in court battling the Spanish government for who has the rights to the treasure.  A young diplomat named Alex Ventura (Álvaro Mel) leads the Spanish team alongside government official Lucia (Ana Polvorosa) and American maritime lawyer Jonas Pierce (Clarke Peters).  T’Nia Miller, Karra Elejalde, Manolo Solo, Blanca Portillo, and Pedro Casablanc co-star and director Alejandro Amenábar directed every episode of the series.  The show will air first in Spain on Movistar+ and then will come to the US via AMC+ later this year.  Check out the trailer below.