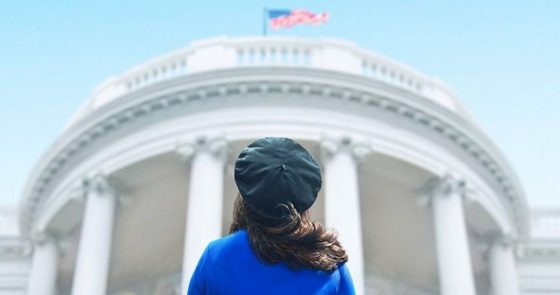 It’s been over three years since the last season of American Crime Story, The Assassination of Gianni Versace, but the Ryan Murphy produced FX show is back this September with Impeachment: American Crime Story.  The series returns to the 90s after The People vs OJ Simpson with a dramatization of the Lewinsky-Clinton Scandal that caused a media circus and the impeachment of then President Bill Clinton for his affair with White House intern Monica Lewinsky and is specifically based on Jeffrey Toobin’s book, A Vast Conspiracy: The Real Story of the Sex Scandal That Nearly Brought Down a President.  Beanie Feldstein stars as Lewinsky and the show follows the three main women involved in the scandal, Lewinsky, Paula Jones (Annaleigh Ashford), and Linda Tripp (Sarah Paulson).  The rest of the cast is stacked with talent like Clive Owen as Bill Clinton, Edie Falco as Hilary Clinton, Billy Eichner, Margot Martindale, Elizabeth Reaser, Judith Light, Cobie Smulders, Colin Hanks, and Taran Killam.  The series begins on September 7th on FX and will be available the next day on Hulu and you can check out the trailer below.