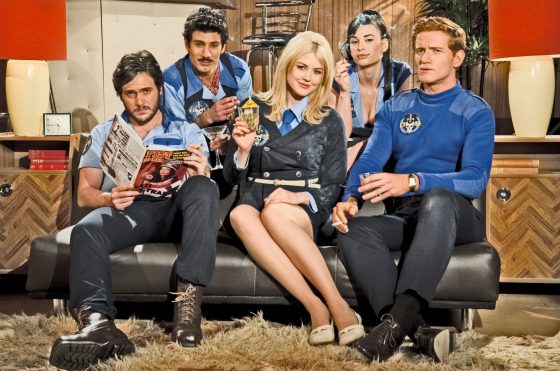 There’s a particular flavor of comedy we love here at Everything Action that fuels things like Garth Marenghi’s Darkplace and The Spoils of Babylon and one of our favorites in that meta parody genre is Australia’s Danger 5.  Coming from the same team that made Italian Spider-Man, Danger 5 ran for two seasons in Australia before the series arrived for US viewers on Netflix.  The show follows the titular team of secret agents who work for the Allies to stop Hitler and the Nazis from carrying out various absurd schemes, like stealing landmarks from around the world or bringing back dinosaurs.  The team first tries to stop Hitler in an alternate 1960s but Season 2 jumps things ahead to the 80s and both seasons try to ape the visual style and acting of shows of those eras.  The show is full of bizarre sight gags, copious stock footage, surreal humor, and anachronisms, but they all blend together into a wonderfully hilarious stew.  You can watch the first episode of the first season below, “I Danced For Hitler”, courtesy of Shout Factory’s YouTube channel.