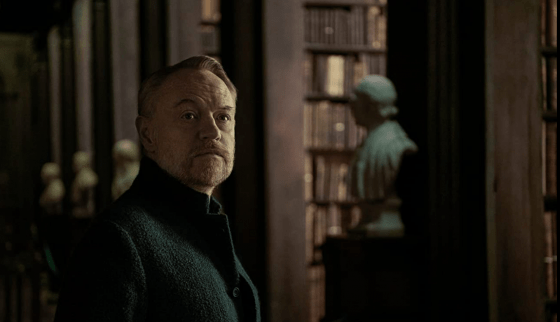 Apple TV+ is bringing the beloved Foundation book series by the legendary Issac Asimov to life in September with their Foundation TV series.  Starring Jared Harris as Dr. Hari Seldon, he has devised a new science called psychohistory, which allows him to predict the future using math and algorithms.  His studies lead him to see the fall of the Galactic Empire and an ensuing Dark Age that will last for 30,000 years.  He believes he has a way to limit the Dark Age to only 1,000 years by creating the Foundation, a group of scientists and engineers tasked with preserving the most important pieces of humanity’s civilization and science.  Lee Pace co-stars as Brother Day, the Galactic Emperor, and Lou Llobell, Leah Harvey, Laura Birn, Cassian Bilton, Terrence Mann, and Alfred Enoch co-star as well.  David S. Goyer and Josh Friedman created the series and it debuts on Apple TV+ on September 24th.  Between this and Dune in October, it’s a good fall for fans of iconic, complex sci-fi and you can check out the Foundation trailer below.

The Living Dead Get Animated This Fall From WB Animation (Trailer)

Shea Whigham is a Badass Social Worker in The Gateway (Trailer)