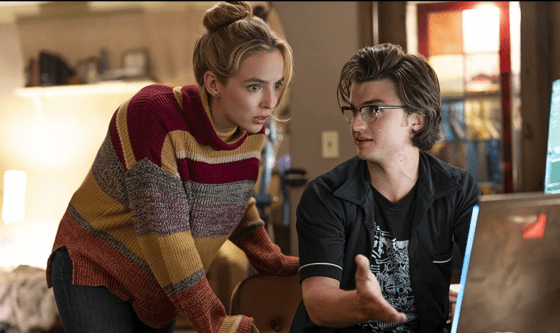 Free Guy had one of the strongest holds in weeks and managed to keep its top spot at the box office as most of the new releases crashed and burned.

Free Guy only dropped 34% from last weekend and brought in another $18.8 million.  It has $58.8 million for two weeks out domestic and just shy of $112 million worldwide. It made it into the domestic top 10 for 2021 at #9 between The Conjuring: The Devil Made Me Do It and The Boss Baby: Family Business.

Paw Patrol: The Movie did the best of the new releases, opening at #2 with $13.1 million domestic and $18.9 million worldwide.  That’s slightly below what The Boss Baby: Family Business and Tom and Jerry made earlier this year.  Paw Patrol was available for free to Paramount+ subscribers, so we’ll have to see if it suffers a huge drop-off next weekend due to a lack of repeat theatrical viewings.

Don’t Breathe 2 and Respect rounded out the top 5, both dropping around 55% from last weekend’s opening.

The three other new releases of the weekend struggled further down the list, all underperforming against expectations.  The Protege with Maggie Q made $2.9 million, The Night House made $2.8 million and Reminiscence made $2 million.  Reminiscence was available on HBO Max and it seems like interest wasn’t even there when it was “free”, as streaming analysts Samba TV put out the number that 842,000 viewers watched the movie over the weekend on HBO Max.  Most of the other HBO Max releases have had millions of views with The Suicide Squad having over 4 million views across its first 10 days and 2.8 million over its opening weekend alone.  WB wasn’t even promoting Reminiscence when you opened the HBO Max app this weekend, so it seems like they kind of expected it to wither on the vine.

Free Guy took the Per Theater average again for this past weekend with $4,511 in each of the 4,165 theaters it played in.