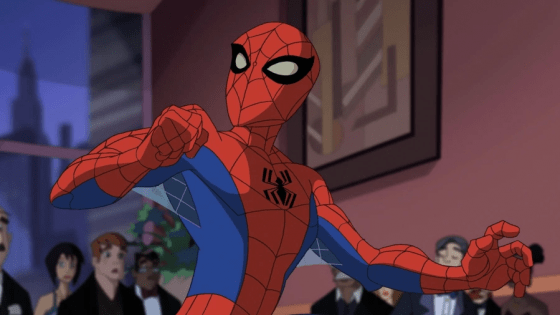 As we’re still riding the wave of hype brought on by Marvel finally releasing the first trailer for Spider-Man: No Way Home earlier this week, it seems like the perfect time to revisit one of the best Spider-Man adaptations, The Spectacular Spider-Man.  First airing in 2008 on The CW, the series moved to Disney XD for its second and final season.  The early legal issues between Disney and Sony over who owned what rights to Spider-Man, unfortunately, ended the series before a third season, despite almost universal acclaim among critics and fans.  Josh Keaton voiced Peter Parker, who at the beginning of the series has only been Spider-Man for a few months and is still trying to figure out how to juggle his school and home life with his superhero life.  The show was able to feature a slew of rogues and supporting characters in its short run and it felt like the showrunners were plucking the best pieces from different takes on Spider-Man and combining them into one super fun animated series.  The 90s show will always hold a special place in our hearts but Spectacular Spider-Man is easily one of the best superhero cartoons ever made.  You can check out the first episode, “Survival of the Fittest”, below thanks to the Throwback Toons channel on YouTube.