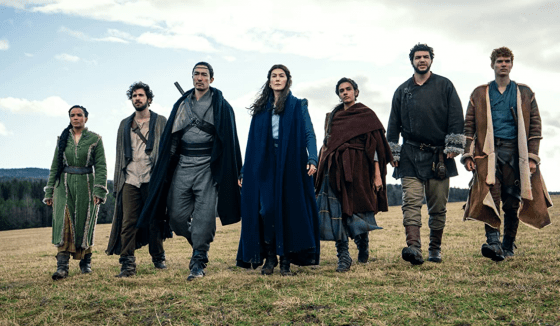 While Amazon’s massive new Lord of the Rings series is on the way to Prime Video, another massive fantasy saga is coming in November with the adaptation of Robert Jordan’s The Wheel of Time.  Rosamund Pike stars as Moiraine, a member of the Aes Sedai, an all-female group of powerful magic users defending the world from dark forces.  Moiraine gathers a group of five young people to train for the battle ahead and believes one of them is the Dragon, a powerful being who will either destroy or save the world.  Josha Stradowski, Marcus Rutherford, Zoe Robins, Barney Harris, Madeleine Madden, Daniel Henney, and Michael McElhatton co-star and Rafe Judkins, who previously worked on My Own Worst Enemy and Agents of SHIELD developed the series.  The first season will consist of 8 episodes and there’s already a second season confirmed.  The first three episodes will drop on November 19th on Prime Video and you can check out the trailer below.