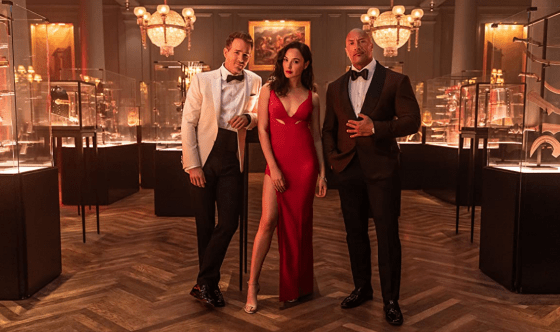 Netflix is releasing its biggest original movie ever in November with Red Notice, which stars the all-star trio of Dwayne Johnson, Ryan Reynolds, and Gal Gadot in a globe-trotting action-adventure.  Johnson is FBI agent John Hartley who is after two criminals who are given a “Red Notice” by Interpol, making them some of the most wanted criminals on the planet.  Hartley manages to catch Nolan Booth (Ryan Reynolds) and manages to convince Booth to work with him to catch Sarah Black (Gal Gadot), a cunning and powerful thief.  The Rock teams back up with Rawson Marshall Thurber, who directed The Rock in Central Intelligence and Skyscraper and this feels kind of like the middle ground between those two movies along with a bit of the buddy cop banter we saw from Reynolds’ cameo in Hobbs & Shaw.  Red Notice hits Netflix on November 12th and you can check out the trailer below.