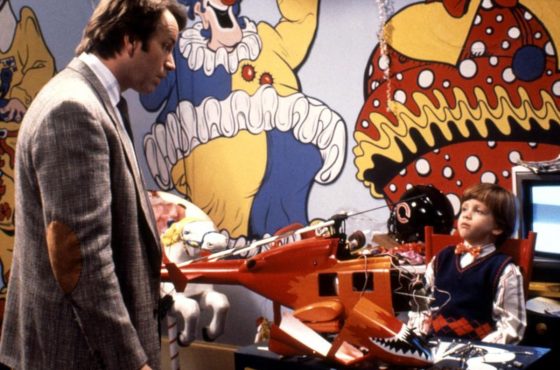 Although not remembered as much today, back in the early to mid-90s, the Problem Child series was a massive hit, spanning two theatrical movies, a TV movie, and an animated series.  The original movie starred John Ritter and Amy Yasbeck as the adoptive parents to Junior, played by Michael Healy, who turns out to be evil incarnate and makes them miserable with various pranks and schemes.  Ritter and Healy returned for the sequel but opted out of the third and final movie, which aired as an NBC TV movie.  Neither of them was in the animated series on USA either but the great Gilbert Gottfried appeared in all the movies and the animated series.  Gottfried also appeared in the music video for The Beach Boys “Problem Child”, which came out with the first movie.  Gottfried is trying to help The Beach Boys (which included John Stamos on drums) record the song but Healy, in character as Junior, infiltrates the studio and causes his usual mischief.  You can check out the music video below.