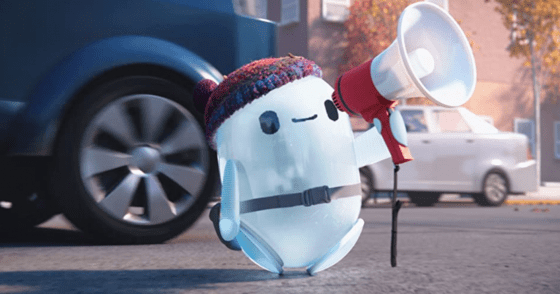 If you’re looking for more animated technological mayhem after seeing The Mitchells vs The Machines earlier this year, Ron’s Gone Wrong may be up your alley.  Coming from 20th Century Studios and the first feature from Locksmith Animation studio, Ron’s Gone Wrong follows awkward teen Barney (Jack Dylan Grazer), who is one of the last kids in his school to get a B-Bot, a digitally connected robotic companion that manages social media, streams video, takes pictures, etc.  Barney’s B-Bot Ron (Zach Galifinakis) has errors in his code, causing him to malfunction in wacky ways and cause more chaos than convenience for Barney.  Olivia Colman, Ed Helms, Justice Smith, Rob Delaney, Kylie Cantrall, Ricardo Hurtado, Marcus Scribner, and Thomas Barbusca co-star, and the movie is directed by Sarah Smith and Peter Baynham, who previously collaborated on Arthur Christmas.  The movie is out on October 22nd in theaters and you can check out the trailer below.