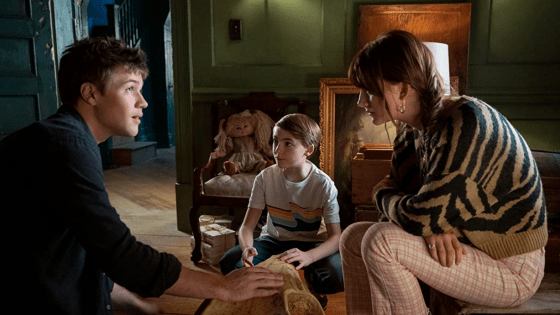 It’s been over a year but the Locke siblings are finally returning to Netflix in October for more Locke & Key.  Tyler (Connor Jessup), Kinsey (Emilia Jones) and Bode (Jackson Robert Scott) continue to unravel the secrets of their family and the many magical keys that are hidden away around Keyhouse, their ancestral home where they moved after their father’s murder.  Believing they had defeated the demonic entity known as Dodge (Laysla De Oliveira) by pushing her through the “Omega Door” under Keyhouse, Dodge actually used a key to change her appearance and is still at large and one of the Locke siblings friends is possessed by demons as well.  It looks like there will be more backstory about Dodge and Rendell Locke and his friends who had the keys in the past in this new season as well.  The new season arrives on Netflix on October 22nd and you can check out the trailer below.