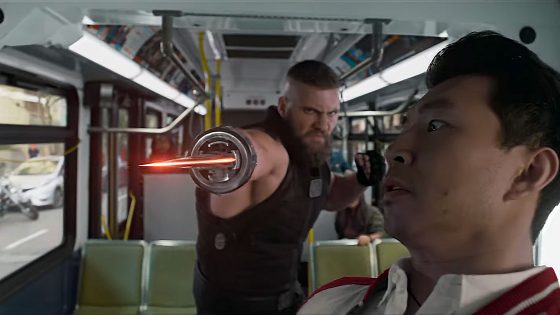 Shang-Chi remained strong at #1 for the third weekend in a row while Cry Macho was the latest HBO Max/theatrical hybrid to underperform.

Free Guy remained in second place with another $5.2 million, bringing it to $108.5 million domestic and $283.2 million worldwide, putting in 7th behind Shang-Chi.

Cry Macho opened in third place with $4.5 million.  It’s one of the lowest openings for Clint Eastwood as an actor and his second-lowest wide release opening, only topping Bronco Billy and just under Richard Jewell’s $4.7 million opening in 2019.  Estimates for Cry Macho had it potentially taking in around $9 million, so obviously it was well below that mark.  There doesn’t appear to be any HBO Max viewing data to see if there was much more interest at home than in theaters.

Candyman and Malignant rounded out the top 5 with the latter actually holding fairly strong for a horror movie.  Malignant dropped 51% from last weekend, which is better than the 60%+ that most horror movies see in their second weekend and it may be that the word of mouth about how insane the movie actually is brought people to theaters or, after experiencing it at home, some folks decided to experience in a theater with a crowd.

Copshop opened outside the top 5 in sixth place with $2.3 million.  It was only playing in theaters and didn’t have any streaming or VOD release to take away potential audience but it also seemed to be barely advertised, only getting a trailer a few weeks ago.  It’s easily the worst wide opening for director Joe Carnahan, whose last big theatrical release was The Grey with $19.6 million back in 2012.

Further down the list, The Eyes of Tammy Faye opened in limited release to ninth place with $675,000 in 450 theaters.  It opens wide this coming weekend.

The Per Theater average went to Wife of a Spy, a Japanese film that played in 1 theater and took in $7,162 at that location for the weekend.