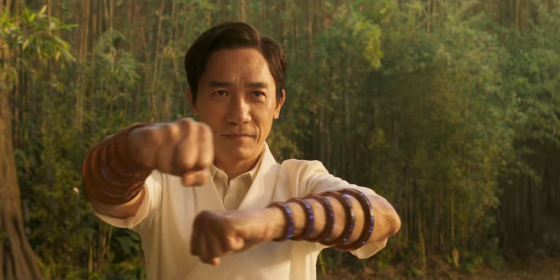 Shang-Chi remained at the top of the box office for the fourth, and most likely final, weekend in a row and will be the first film to make over $200 million domestic since the pandemic began.

Shang-Chi took in another $13.3 million, which was actually under expectations that were closer to $17.3 million.  The movie has $196.4 million domestic and $363.3 million worldwide, which means it has outgrossed fellow 2021 MCU movie Black Widow domestically and is about $14 million behind it worldwide.  Shang-Chi is also the #1 movie now for 2021 domestically and the 6th highest-grossing film worldwide.

Dear Evan Hansen opened to second place with $7.5 million, which was slightly above expectations going into the weekend.  The film has been a critical laughingstock since it debuted at the Toronto International Film Festival but the critical reception is actually at odds with the movie’s audience, who gave it a solid A- Cinemascore.  It opened below another big Broadway to film adaptation, In The Heights, from earlier in the summer but that movie definitely seems like it cost much more to make than Dear Evan Hansen and In the Heights was deemed a box office failure pretty much from the start.

Free Guy dropped to third place with $4.1 million and bringing it to $114.1 million domestic and $317.4 million worldwide.  The movie will be available to watch at home on Disney+ this week.

Candyman and Cry Macho rounded out the top 5 with the latter dropping about 52% from last weekend’s opening and it has $8.3 million domestic so far for two weeks out.

Internationally, all eyes have been on Dune, as it has opened in a number of markets that are not US and it has made $76.5 million so far worldwide.  It arrives domestically on October 22nd in both theaters and HBO Max and it will be a key test to see if the day and date strategy Warner Bros has been testing all year will continue to hurt films theatrically like it seems to have done to Malignant, Cry Macho and a few other recent releases or if Dune is big enough to bring people out of there homes to theaters.

The Per Theater average went to El Planeta, a foreign language comedy that was playing in 1 theater and made $7,181 over the weekend.