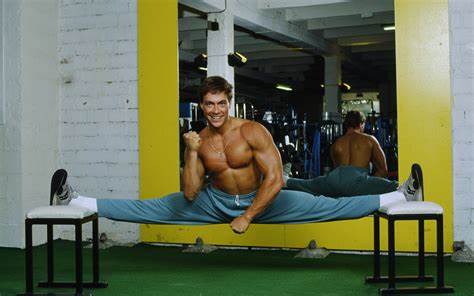 We’ve seen before that Jean-Claude Van Damme seems like he’s always ready to appear in random music videos and in 2016, he showed up in the video for the EDM song “The Hum” by Briz DJ.  The setup for the video is that the Briz DJ guys wake up Hangover style after a massive blow-out party and it’s revealed through a flashback that everything and everyone seemed to show up, including an elephant, monkeys, an alligator, Charlie Sheen, and JCVD.  JCVD becomes the true star of the party as he arm wrestles, spars with random guests, and even jumps a dirtbike into the pool.  The song came off the album The Rhythm but it’s pretty hard to get any kind of info on who Briz DJ is or what else they’ve done.  JCVD posted the music video for “The Hum” on his official YouTube channel and you can check it out below.