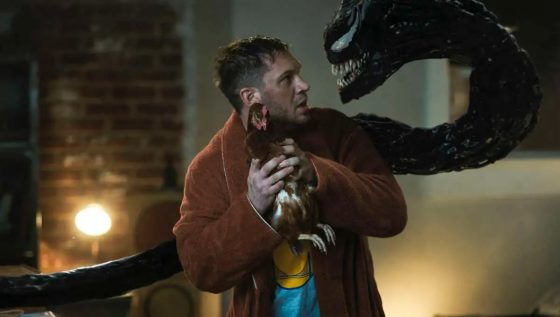 Venom: Let There Be Carnage was an absolute juggernaut over the weekend, surpassing its predecessor while delivering the best opening since the pandemic began.

Venom: Let There Be Carnage opened to $90 million, which is around $10 million more than the first Venom movie made in 2018.  The opening is also by far the biggest opening of 2021, surpassing other bigger openings like Black Widow and Shang Chi and it’s already the 8th highest-grossing film domestically for 2021.  The movie made $13.8 million internationally for a worldwide opening of $103.8 million.  Sony’s estimates going into the weekend were $55.9 million for the weekend, so Venom obviously far surpassed what they and most everyone was expecting.

The Addams Family 2 opened to a distant second place with $17.3 million.  The movie was available to rent at home as well as watching in a theater but it’s not clear how much it actually made at home.  The $17.3 million is around half as much as the first animated Addams Family made in 2019 when it opened to $30.3 million but it wasn’t available to rent and there was no pandemic.

Further down the list in limited release, the documentary The Jesus Music took ninth place with $548,848 and Titane made $533,397 for tenth place.

Internationally, No Time to Die has over $119 million so far internationally and it opens this coming Friday domestically.  Dune has also been playing in other markets before it comes to the domestic market toward the end of the month and has $103.9 million so far.

Venom: Let There Be Carnage also took the Per Theater average with $21,310 in each of the 4,225 theaters it played in.