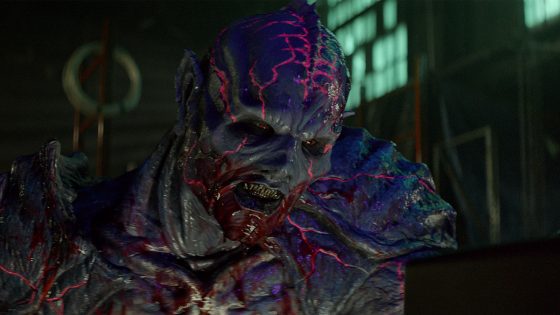 The wonderfully ridiculous Psycho Goreman pulls from many different sources of inspiration from the 80s and 90s to create a hilarious and over-the-top violent horror-comedy.  One of the things that PG brings back is the end credits rap that is definitely a spin on the Maniac Cop Rap from Maniac Cop 2 or Turtle Power from the first TMNT movie.  Alongside the movie’s debut on Shudder earlier this year, a full music video of the rap “PG for Short” was released featuring a new character in the PG universe, rapper and breakdancer Lil Cea$er, who performs the songs.  “PG for Short” is a brilliant homage/parody of movie rap songs, full of hilarious rhymes and basically retelling the plot of the movie in song form.  If you haven’t seen Psycho Goreman yet, definitely check it out as soon as possible and for a taste of the hilarious madness of the film, check out the music video for “PG for Short” below.