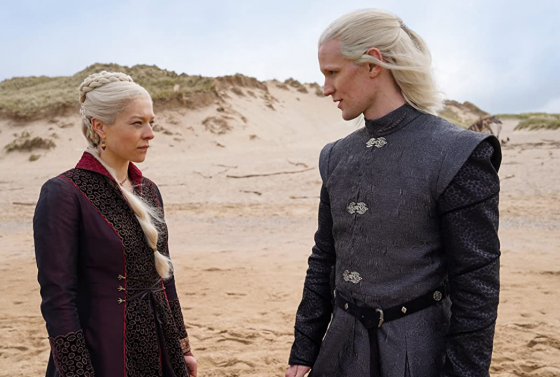 Although no one really enjoyed the final season of Game of Thrones, HBO is hoping you’ll head back to Westeros next year for the prequel series, House of the Dragon.  Set 200 years before Game of Thrones, the series follows the reign of the Targaryens and the events that led to the civil war between the Targaryen siblings that was known as the “Dance of the Dragons”.  Paddy Considine, Emma D’Arcy, Olivia Cooke, Matt Smith, Rhys Ifans, Steve Toussaint, Eve Best, Sonoya Mizuno, Fabien Frankel, and Graham McTavish co-star and Ryan J. Condal, who previously worked on Colony and wrote Hercules and Rampage for The Rock, is showrunning with George RR Martin obviously executive producing as well.  The first season will be 10 episodes and will debut sometime next year and you can check out the first trailer below.