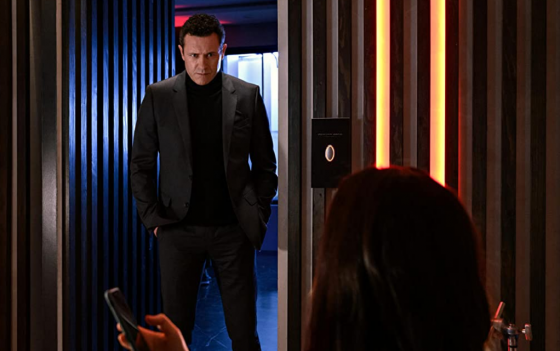 Just in time for Halloween, Hypnotic arrives on Netflix on October 27th with Jason O’Mara as an evil hypnotherapist.  Mike Flanagan regular Kate Siegel co-stars as Jenn, who starts seeing Dr. Meade (O’Mara) for her anxiety and other issues but soon starts experiencing blackouts, waking up in places where she doesn’t know how she got there, and strange visions.  It seems like Meade has the power to implant ideas and control his patients, triggering them and controlling their actions and then killing them by inducing visions of their greatest fear when he’s done with them.  Dulé Hill, Lucie Guest, Jaime M. Callica, and Tanja Dixon-Warren co-star and the movie was directed by the team of Suzanne Coote and Matt Angel, who previously directed the thriller The Open House for Netflix.  Check out the trailer below.

Return to Keyhouse in October with Locke & Key Season 2 (Trailer)