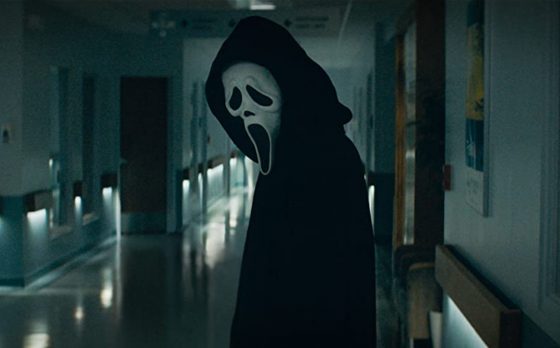 Seemingly taking a cue from the recent Halloween sequels, Scream is returning with the fifth entry in the franchise next year.  Unlike Halloween, this new Scream, simply titled Scream and not Scream 5, is not erasing any of the previous films from continuity and taking place sometime after Scream 4.  A new killer has donned the Ghostface mask and is killing teens in Woodsboro, prompting Sidney Prescott (Neve Campbell), Dewey Riley (David Arquette), Gale Weathers (Courtney Cox), and Scream 4’s Judy Hicks (Marley Shelton) to return and help the new group learn the rules and try to survive.  The new cast includes Jack Quaid, Melissa Barrera, Jenna Ortega, and Dylan Minnette and the movie is the first to not be directed by Wes Craven, who passed in 2015.  The team of Matt Bettinelli-Olpin and Tyler Gillett are directing, having previously worked on movies like Southbound, VHS, and the pair directed the super fun Ready or Not in 2019.  Original screenwriter Kevin Williamson is back as an executive producer on this new entry.  The movie is out on January 14th, 2022 and you can check out the first trailer below.

Horror Villain of the Week: Ghostface