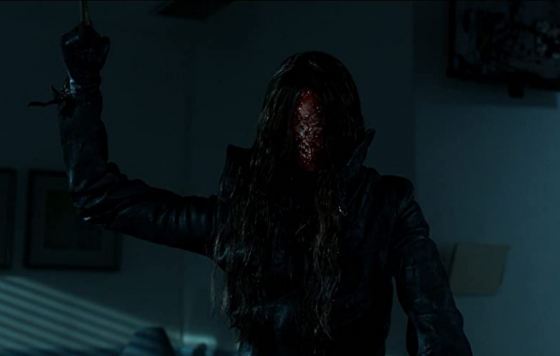 Origins: Gabriel is the parasitic twin of Emily May, who was growing out of her back and shared her brain.  Gabriel and Emily’s mother was a young teen mother and gave up her children to a research facility run by Dr. Florence Weaver.  Dr. Weaver and her team learned that Gabriel and Emily had psychic abilities and Gabriel could also control electricity and broadcast his voice on nearby radios.  Gabriel became too dangerous to be controlled and it was decided to remove as much of his body from Emily as possible and push the remaining parts that could not be removed back into Emily’s skull.  Emily was adopted and took the name Madison and didn’t remember anything from before her adoption.  Years later, Madison is married to an abusive husband who shoves her against a wall, causing an injury to the back of her skull that awakens Gabriel and he sets out on a mission of revenge against the doctors who operated on him and made him dormant.

Powers: Can send Madison into a false reality to control her body, inhuman contortion, expert-level hand to hand combat, extreme healing, and seemingly impervious to most wounds

Weapon(s) of Choice: Hand-to-hand combat skills, knife fashioned out of a trophy stolen from Dr. Weaver after murdering her.

Horror Villain of the Week: Annabelle