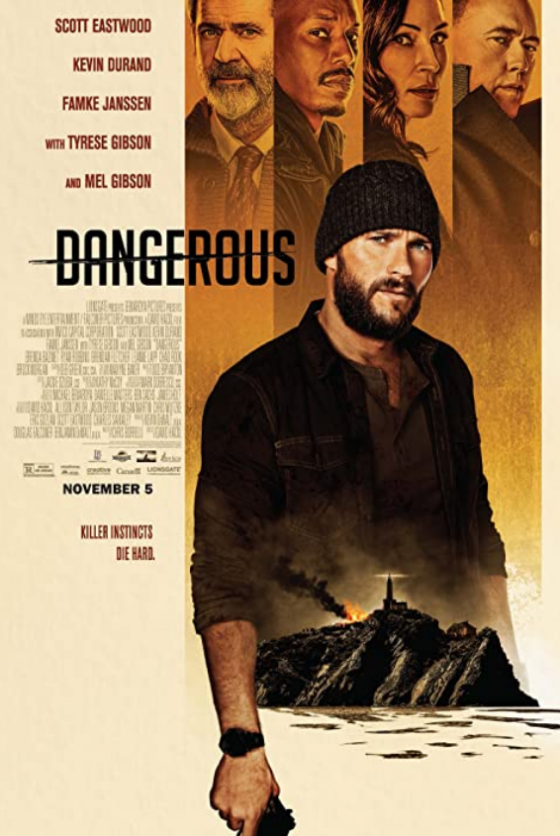 Scott Eastwood plays an ex-con and sociopath who heads to a mysterious island to investigate the death of his brother in the upcoming action/thriller Dangerous.  Eastwood is Dylan Forrester, who is on parole and getting therapy and antidepressants from his psychiatrist, played by Mel Gibson.  When he learns that his brother has died under mysterious circumstances, he heads to the remote island where the funeral is taking place and soon finds himself up against mercenaries, led by Kevin Durand, who are after some sort of secret Dylan’s brother was keeping.  Famke Janssen and Tyrese Gibson co-star and the movie was directed by David Hackl, who previously directed Saw V and Into the Grizzly Maze.  The movie is out in select theaters and On Demand on November 5th and you can check out the trailer below.