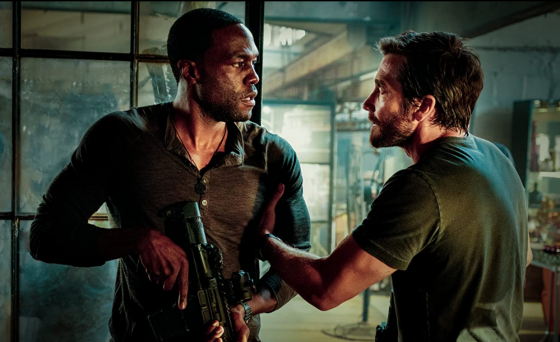 Michael Bay returns to theaters after his big Netflix release 6 Underground back in 2019 with Ambulance.  Based on a Dutch action thriller, Ambulance stars Jake Gyllenhaal and Yahya Abdul-Mateen II as adoptive brothers who pull a bank heist in downtown LA and then hijack an ambulance when things go wrong, forcing them into a chase across the city with the police.  Eiza Gonzalez co-stars as the EMT in the hijacked ambulance while Garret Dillahunt is the main detective after the duo.  It definitely looks like there’s plenty of Bay’s trademark Bayhem and visual style but hopefully the more simplified plot will help make this more of a return to some of his earlier movies, like The Rock or Bad Boys, and less Transformers.  The movie is out on February 18th next year and you can check out the trailer below.