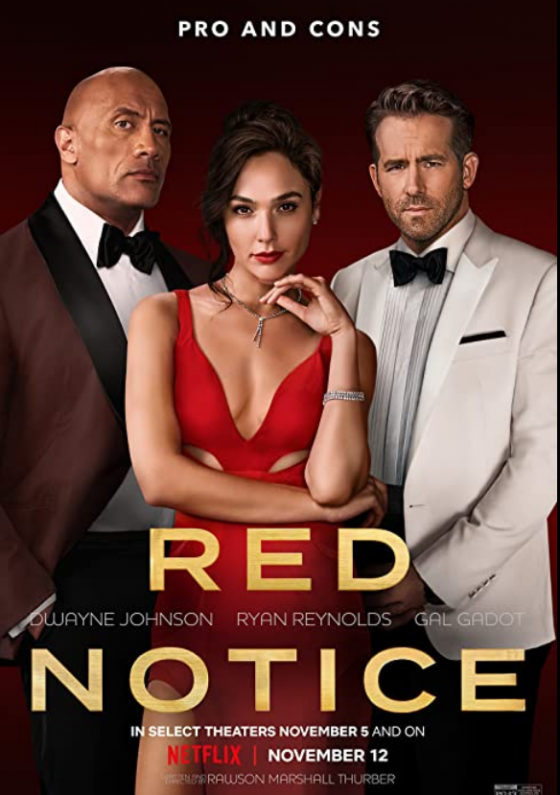 One of the biggest blockbusters in Netflix history is heading to the service in November with Red Notice.  Dwayne Johnson stars as FBI agent John Hartley, who manages to track down Interpol’s second most wanted art thief, Nolan Booth (Ryan Reynolds).  Hartley makes a deal with Booth in order to track down the #1 art thief in the world, Sarah Black (Gal Gadot) but Black manages to outsmart the duo and gets Hartley flagged by Interpol with a “Red Notice”, which makes it seem like he’s just as much of a criminal as the thieves.  There are also priceless artifacts that belonged to Cleopatra in the mix as well.  The movie looks like it features tons of exotic locations and huge action and it’s directed by Rawson Marshall Thurber, who teams up for the third time with The Rock following Central Intelligence and Skyscraper.  Red Notice will be in select theaters on November 5th and then stream for Netflix subscribers on November 12th.  Check out the new trailer below.