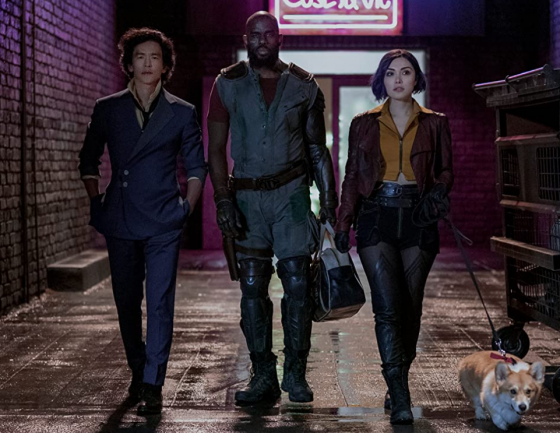 One of the most beloved and iconic anime series in history, Cowboy Bebop makes the jump to live-action in November on Netflix.  John Cho plays bounty hunter Spike Spiegel, who teams with fellow bounty hunters aka “cowboys” Jet Black (Mustafa Shakir) and Faye Valentine (Daniella Pineda) to criss-cross the galaxy taking on various jobs and encountering a slew of weird and wacky characters.  André Nemec, who wrote Mission Impossible: Ghost Protocol and worked on shows like Alias, Happy Town, Life on Mars and Fastlane is showrunning the series with directors Alex Garcia Lopez and Michael Katleman each directing five of the ten episodes in the first season.  The legendary Yoko Kanno returns to compose the music and the original anime’s absolute banger of a theme song “Tank!” is intact for this new series.  Cowboy Bebop arrives on Netflix on November 19th and the original anime is also up on Netflix right now if you want to rewatch it or see it for the first time before the live-action series debuts.  Check out the trailer below.

Luke Cage May Have Met His Match in Season 2 (Trailer)