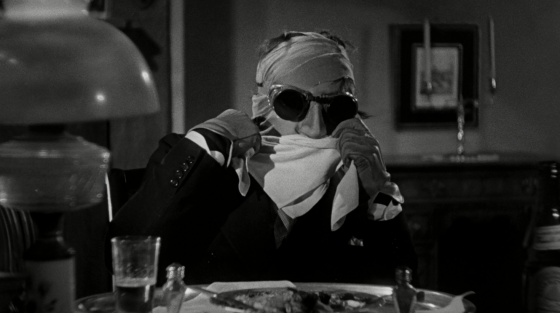 Origins: Dr. Jack Griffin was an assistant working for Dr. Cranley trying to develop a new method of food preservation.  Griffin loved Cranley’s daughter Flora but believed he wasn’t worthy of her because of his financial status.  While working for Cranley, Griffin discovers that a drug called Monocane combined with other chemicals can render a person invisible.  Griffin tests it on himself and becomes invisible but realizes that he does not know how to transform himself back and flees Cranley and Flora to work on a solution in isolation, going mad in the process due to side effects from the Monocane.