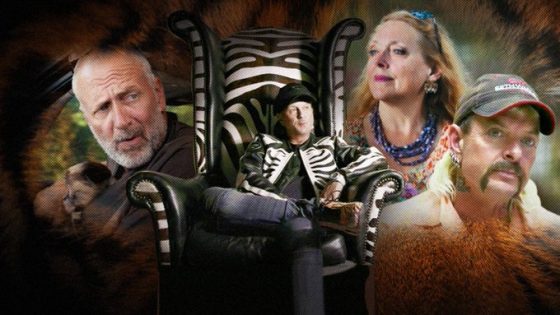 Considering it’s one of their biggest shows of all time, it’s not surprising that Netflix is heading back to the Tiger King well for a second season/series of the documentary phenomenon, Tiger King 2.  Following most of the characters introduced in the first season of Tiger King, Tiger King 2 digs into the fallout of events that happened after the documentary was originally filmed and also the impact the first season had on the members of the cast.  Obviously Joe Exotic is still the central figure, although he’s mostly communicating from prison and the show also returns to Jeff Lowe, Tim Stark, Allen Glover, and James Garretson and, of course, Carole Baskin, with the subject of the state of Joe’s animal park, Carole’s first husband’s mysterious death, Jeff’s massive financial success from the first season, the movement to free/pardon Joe and more.  It’s not clear how much demand is still there after over a year since the first season aired but if you’re still looking for more info on the stories of the characters in the Tiger King universe, Tiger King 2 debuts on November 17th on Netflix and you can check out the trailer below.

Halle Berry Enters the Octagon in November with Bruised (Trailer)