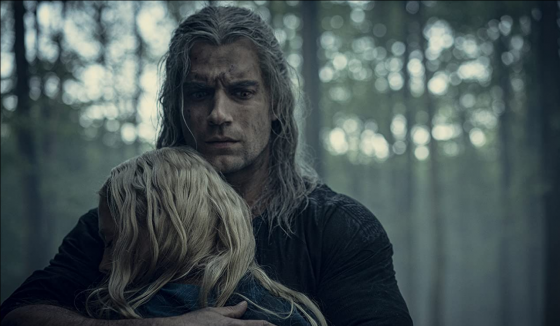 Two years since the first season hit Netflix, the adventures of Geralt of Rivia, Ciri, and Yennefer finally continue when Season 2 debuts on December 17th.  Henry Cavill returns as Geralt, who finally found Ciri (Freya Allen) at the end of Season 1, as their fates are bound together by destiny, while Yennefer (Anya Chalotra) was caught up in the war between Cintra and Nilfgaard and became a prison of fellow sorceress Fringilla (Mimi Ndiweni) who is helping lead the Nilfgaard campaign to take over The Continent.  In Season 2, Geralt takes Ciri back to Kaer Morhen, the home of the Witchers and where they train to become monster-hunting warriors so Ciri can train and hone her powerful magic abilities, as along with the war between the north and south there’s an increasing number of monsters attacking the land as well.  Joey Batey returns as everyone’s favorite bard Jaskier for season 2 as well and there will be 8 episodes for the season.  Check out the trailer below.