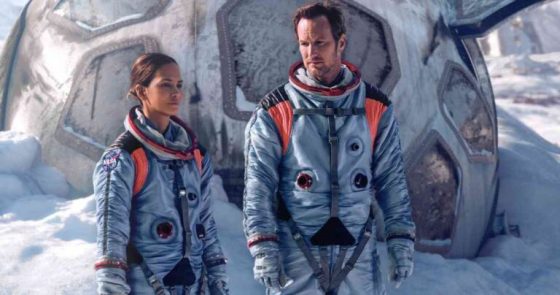 Roland Emmerich is returning to the world of disasters movies next year for what could possibly be his biggest and most over-the-top movie yet, Moonfall.  Starring Halle Berry, Patrick Wilson and John Bradley as a trio who are seemingly the only hope left for humanity when a mysterious force knocks the Moon out of orbit and on a collision course with Earth.  The trio finds that the Moon is not what it seems and there is some sort of seemingly malevolent alien force (that looks like a swarm of nanobots) at work that was discovered and kept hidden for over 50 years.  There’s plenty of Emmerich disaster sequences on display and the nature of the Moon and its gravitational effects on the Earth make it seem like he’ll have lots of brand new ways to destroy major cities and blow up major landmarks.  The movie is out on February 4th, 2022 and you can check out the new trailer below.