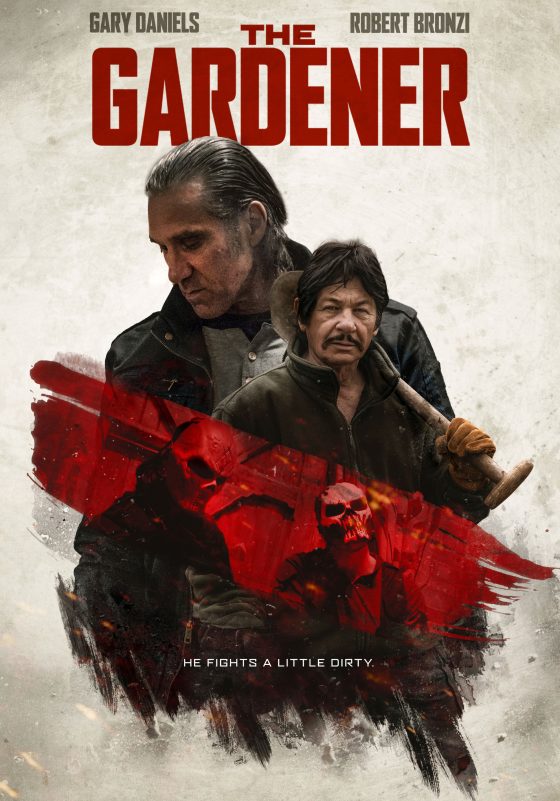 Robert Bronzi, who has made a name for himself due to his uncanny resemblance to Charles Bronson, finds himself up against action legend Gary Daniels for the upcoming action movie, The Gardener.  Bronzi plays Peter Juhasz, the quiet gardener for a wealthy British family’s estate.  When a gang of sadistic thugs led by Volker (Daniels) arrives to rob and kill the family, Peter must use his dormant combat skills to take down the intruders and save the family.  It looks like it’s aiming for a sort of Die Hard vibe, even being set during the holiday season, and it looks like there are some over-the-top kills utilizing Peter’s gardening profession, like killing a thug with a lawnmower and rigging the estate’s greenhouse with traps.  Gary Daniels also looks as badass as ever and will hopefully get to show off his martial arts skills that we’ve seen on screen since the mid-80s.  The movie is directed by Scott Jeffrey and Rebecca Matthews with Michael Hoad specifically directing the action.  Hoad previously worked on King Arther: Legend of the Sword and The Old Guard along with the upcoming The 355.  Mark L. Lester, director of Commando and Class of 1999, is also an executive producer on the movie.  The Gardener is out on Digital, On-Demand, and DVD on December 28th and you can check out the trailer below.