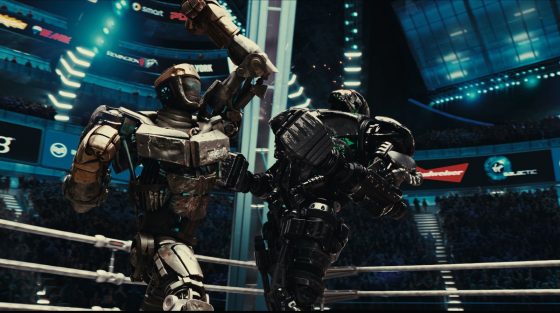 Coming off Eminem’s fourth album, The Eminem Show, “Till I Collapse”, featuring the late rap legend Nate Dogg, was never released a single but that didn’t stop it from popping up all over the place, from sports to soundtracks like 2011’s Real Steel.  The song is one of Eminem’s most streamed songs on Spotify, having been played over 1 billion times and it’s been certified as double-platinum.  The song was used in the trailer and on the soundtrack for Real Steel and it was also used in the trailer for Oliver Stone’s movie Savages and the trailer for Call of Duty: Modern Warfare 2.  The Brooklyn Nets also used the song as their intro for the 2013-2014 NBA season and fighters Shane Mosley and Shane Carwin used the song for the entrance music in their bouts against Floyd Mayweather and Junior Dos Santos respectively.  Unlike “Venom”, “Till I Collapse” was not specifically made for Real Steel, so there’s no official music video but you can check out the song set to clips from the movie below.