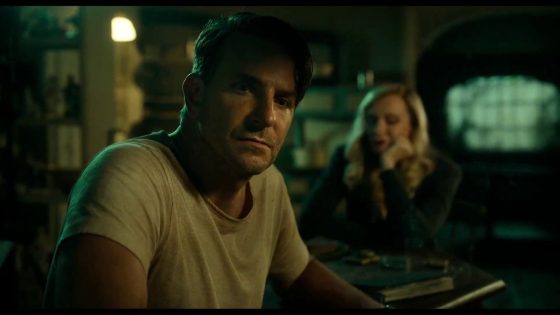 We’ve all been eagerly waiting to see how Guillermo Del Toro would follow up his Academy Award-winning Shape of Water and we’ll get our answer in December when Nightmare Alley hits theaters.  Based on the 1946 novel by Wiliam Lindsey Gresham, which is a favorite of GDT after being gifted a copy from Ron Perlman in the 90s, the novel was adapted into a film in 1947 and Del Toro’s version will be the second adaptation.  Bradley Cooper plays Stanton Carlisle, a con man who works at a traveling circus who has the unique ability to twist and manipulate people, which he uses to become a popular and wealthy medium.  He gets into cahoots with a psychiatrist, Dr. Lillith Ritter (Cate Blanchett), who pushes him to take things farther and farther, eventually putting him on the wrong side of some powerful people.  Rooney Mara, David Strathairn, Ron Perlman, Willem Dafoe, Richard Jenkins, Toni Collette, Mary Steenburgen, Holt McCallany, Clifton Collins Jr, and Tim Blake Nelson co-star, and the movie is out on December 17th.  Check out the final trailer below.