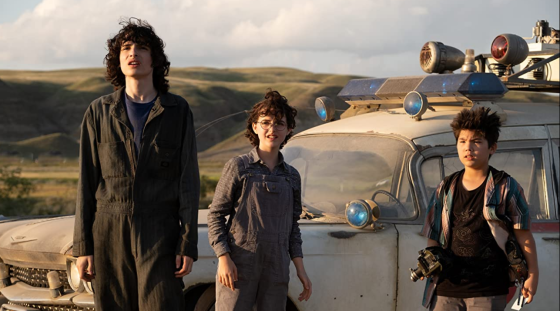 Ghostbusters: Afterlife took the top spot at the box office with a much stronger than expected opening, knocking reigning champ Eternals down to second place.

Ghostbusters: Afterlife took in $44 million for the weekend, with an additional $15.9 million internationally for a worldwide total so far of $59.9 million.  It is down from 2016’s Ghostbusters: Answer the Call but that movie also didn’t have to deal with an ongoing global pandemic.  Ghostbusters: Afterlife has a much better audience reaction with an A- on Cinemascore compared to the B+ that Answer the Call got and the Audience score on Rotten Tomatoes for Afterlife is also 96%, so word of mouth could potentially keep business going for Afterlife and help drive it through the upcoming holiday weekend.

Eternals dropped 60% thanks to the competition from Ghostbusters and took in another $10.8 million, bringing it to $135.8 million domestic and $336 million worldwide.  It’s about $31 million away from topping Dune and taking the 10th spot in the global top 10 for 2021.

Clifford the Big Red Dog dropped about 51% from last week’s opening and made another $8.1 million.  It has $33.5 million domestically so far.

King Richard opened in fourth place with $5.7 million.  It’s another adult-focused drama disappointment for the hybrid theatrical/HBO Max releases recently, although it was a slightly better opening than recent movies like Cry Macho, The Many Saints of Newark, and even going back to The Little Things.  The movie has $8.1 million worldwide so far.

Dune rounded out the top 5 with another $3 million, bringing it to $98.1 million domestic and $367 million worldwide.